The first American flag: who made it and what it was like 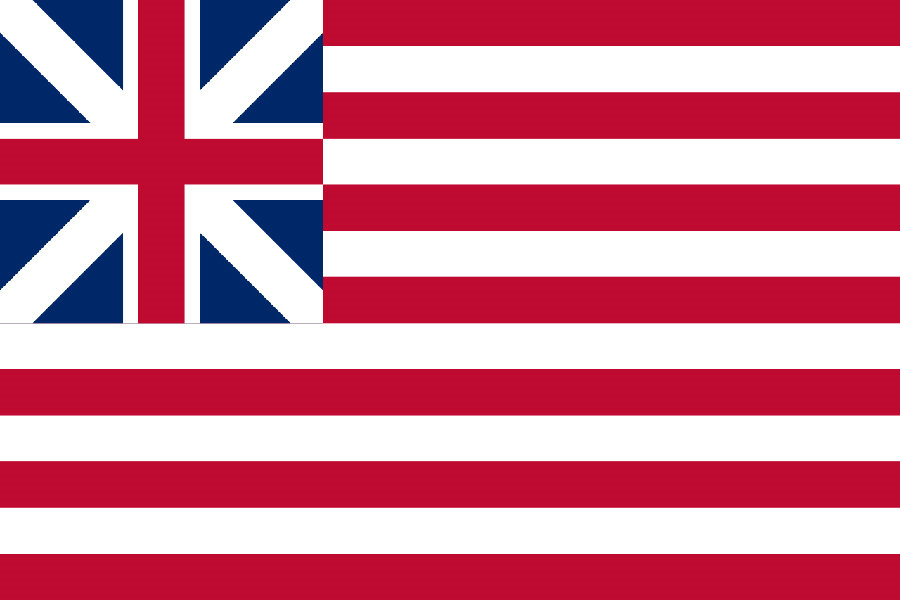 The US Constitution is turning 230 years old this year and the flag is nearly 10 years older. Of course, it has changed a lot since 1777, when the very first American flag, bearing 13 silver stars, was sewn, but the concept survived. Let’s turn to the origins of the Old Glory and recall how it was born.

How many stars were there on the first flag of America and were there any?

That seems to be one of the most frequently asked ones! Technically, before 1777, when the more or less modern version was adopted by the Congress, it had no stars at all. It was called “Continental Colors” and had white and red stripes all over it and a small British Union flag in the left corner. This old version is considered to be the first truly American symbol, before the other, star prototype was offered.

The symbol adopted in 1777 looked very similar to the modern one, only it had less “mullets” (stars in heraldry) – only 13, which represented the contemporary number of the States at that epoch.

Except for the colors and number of mullets, there is another relevant question to ask – which material was chosen? What was the real «Betsy American flag» actually made from?

Like most of cloth at the time, it was hemp. Why?

Since a flag is something that needs to stream in the air no matter what the weather is, it has to be made from strong fibers and last. Hemp was ideal for that. 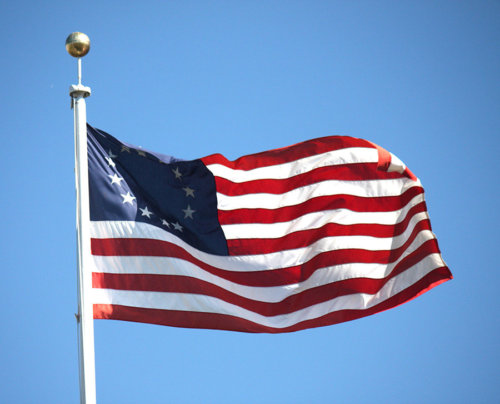 Who sewed the first American flag, how it happened and who was Betsy?

You may have heard the story about Missis Ross and the first handmade US flag. Even though, most of the historians deny this fact, the romantic story about a patriotic and strong woman, who made the first modern prototype of the flag, persists. It is too popular and way too American to be forgotten! Somehow, Betsy has become a new type of lady: independent enough, creative and proud of who she is.

Many other people are said to have invented the design of the Star-Spangled Banner, but it is still Elizabeth Ross, whose story is told at school.

Here are a few facts about Betsy Ross making the flag: 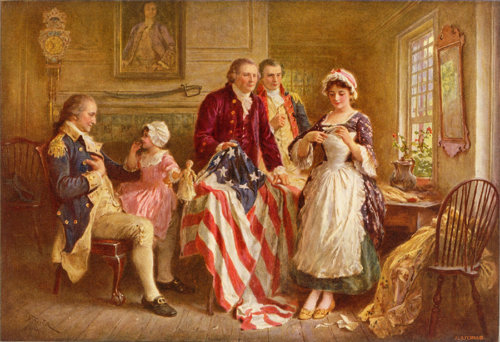 Has it been Betsy Ross or any other proud American, who created it, the crucial fact is that the original flag was made of hemp, which means, that hemp cloth is somehow at the origin of the country and may also be one of our national symbols.