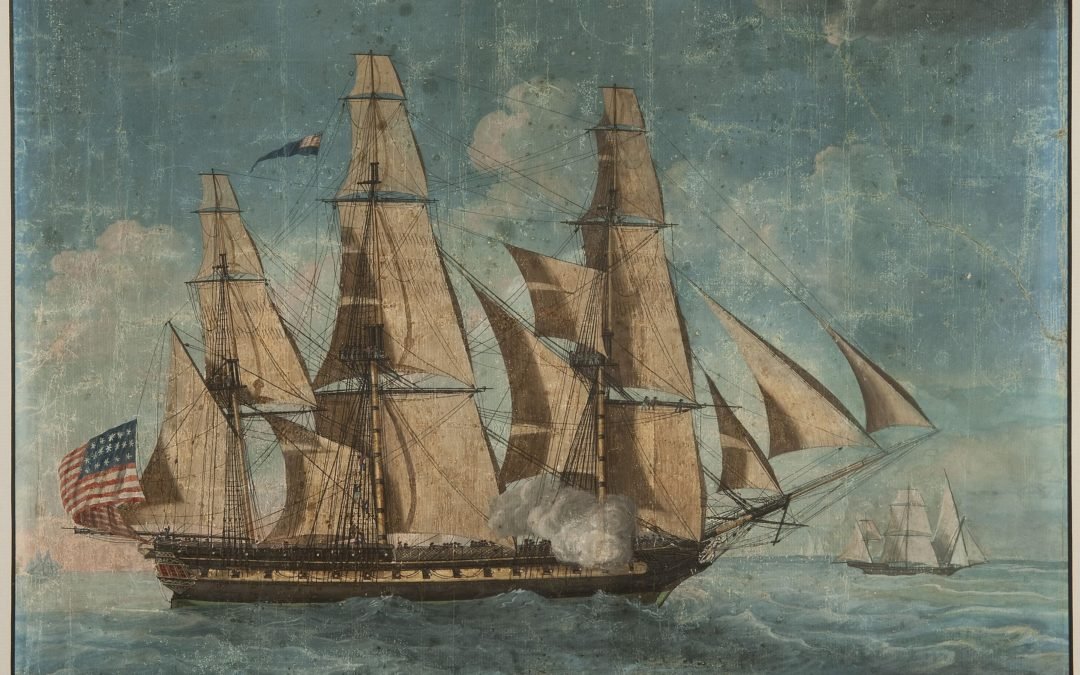 USS Constitution is a wooden-hulled, three-masted heavy frigate of the United States Navy, named by President George Washington after the Constitution of the United States of America. Launched in 1797,Constitution was one of six original frigates authorized for construction by the Naval Act of 1794 and the third constructed. Joshua Humphreys designed the frigates to be the young Navy’s capital ships, and soConstitution and her sisters were larger and more heavily armed and built than standard frigates of the period. Constitution was built in the North End of Boston, Massachusetts, at Edmund Hartt’s shipyard. Her first duties with the newly formed U.S. Navy were to provide protection for American merchant shipping during the Quasi-War with France and to defeat the Barbary pirates in the First Barbary War. (Wikipedia).

The USS Constitution carried hemp sails and more than sixty tons of hemp rigging, including an anchor cable nearly two feet in circumference and 720 feet long. The total length of running rigging was more than four miles of soft- and hard laid hemp.